There are some interesting points to consider based on Australian Bureau of Statistics figures relating to the area shown in the attached map (Moreland - Coburg). 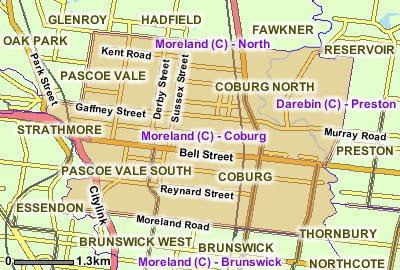 Some key points to note are:

In terms of dwellings, the number of "separate houses" remains fairly static, with increases in other types of properties eg. townhouses, flats/units etc. Interestingly, this equates to 962 properties from 1996 - 2006 (not including the Kodak or Pentridge developments which are set to increase the number of dwellings in the area). Which doesn't replace "family home numbers" as they seem to remain static. Oversimplified this means families move out of the Coburg area when they need to access secondary schooling for their children.

Click on the link below to view Excel spreadsheet data supporting these statements in more detail.